For the first time in my life, I spent Christmas away from my family. It wasn’t a terrible feeling, but definitely something that I had to adjust to. My school gave me three days off, so I decided to travel with some other Fulbrighters to Cappadocia (it has been on my list to places to see in Turkey).

You might ask: “What is Cappadocia like?” This is the question I got from my mom, and it wasn’t easy to answer. It’s like asking “What’s so great about the Grand Canyon?” To put it simply, Cappadocia is a region in central Turkey known for its rock formations and cave houses. The landscape was created around 30 million years ago when erupting volcanoes covered the land with ash. Eventually, the ash solidified into “tuff,” and this tuff has eroded over time. This left rock columns called “fairy chimneys.”

We stayed in a cave hotel. Very touristy, but very worthwhile. The staff was incredibly helpful, probably because there were barely any tourists there. Winter is the low season for Cappadocia. 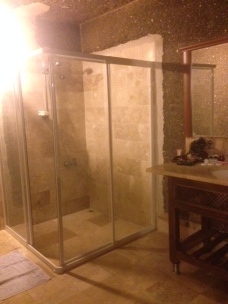 One of the best bathrooms I’ve used in Turkey. 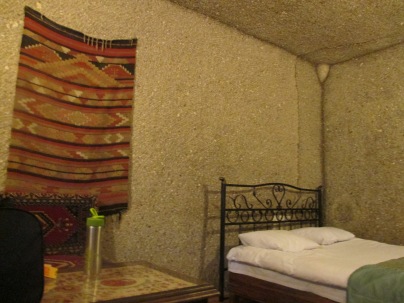 The rooms were carved out an actual cave.

However, the lack of tourists made the trip better. I was able to get some great deals at stores and restaurants. On Christmas Eve, we walked around Goreme, a small town in Cappadocia. The next day, Ramazan (the hotel owner) took us around the region. And the weather was perfect. 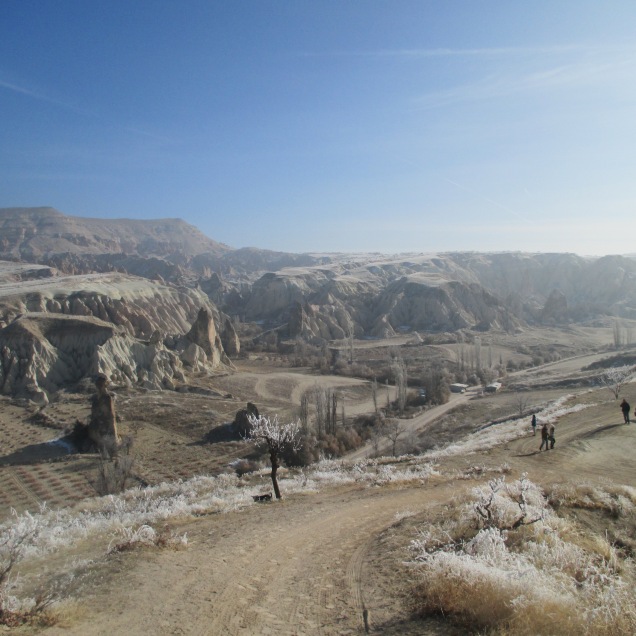 In Cappadocia, there are two main tours: red and green. The green tour takes you through the underground caves. The red one takes you above ground to the old Christian monasteries and rock formations. We took the latter. However, it seemed like we were just riding around with Ramazan for the day. He took us to a bazaar (market), a winery for free wine tasting, and even made us lunch. This was not a part of the package.

Something we didn’t do was go on a hot balloon ride. It’s one of the more popular things to do there, but it’s ridiculously expensive. It costs around 150 euros per person. But it was nice to watch other people do it.

Around the 4th century BC, Cappadocia was a major center for Christian philosophic thought. Some important people are: Basil the Great, Gregory of Nyssa, and Gregory of Nazianzus. When the early Muslim conquests of the 7th century began, many Christians hid in the cave houses here. As you can see, there are many relics left. 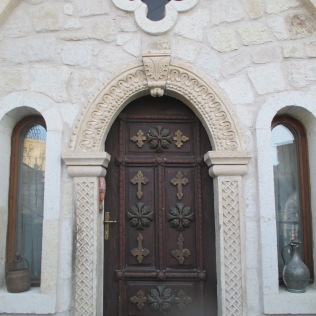 I’m not sure when this mosiac was completed.

This one’s just for fun.

The day after Christmas, we visited the Open Air Museum. It’s a collection of chapels and monasteries cut into the mountains. This was done during the Byzantine era (around the 9th century). 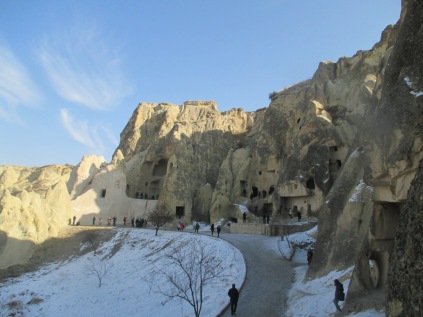 Many of the churches contain well-kept frescoes, like the one below. 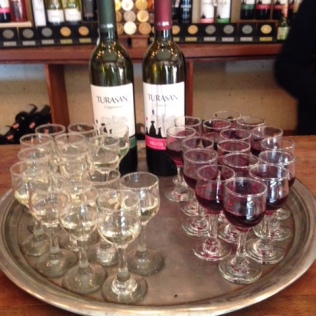 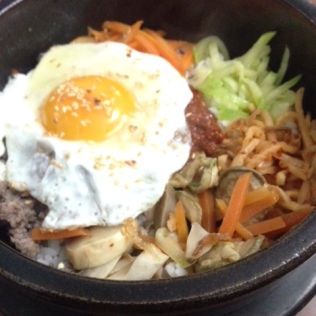 Turkish saute made by my guide

Overall, I recommend visiting Cappadocia. The scenery is unlike anything I’ve seen. Between Pamukkale and this place, I’m not sure which I like better. Let’s hope it’ll be this amazing in the spring!

2 thoughts on “Christmas in Cappadocia”

It’s a wrap, 2019! I went back home to Tampa quite a few times, visited Turkey, hosted friends and family in DC, and most importantly, welcomed mi amor to the US. I’m feeling very positive about 2020!
I never listened to Will Smith’s “Welcome to Miami” as much as I have in the last 36 hours. #Miami #SouthBeach #SouthFlorida #roadtrip #winter2019
Finally a chance to buy my own mannequin...
Kısır for dinner by 👨🏻‍🍳 Chef @brhndemirci1 — 2 thumbs up! #amateurchef #turkishfood #dclife
I’m getting better at this whole #Thanksgiving thing! (With the help of @keekzz) And I’m so grateful to spend the day with @brhndemirci1! #dclife #amateurchef
First ice skate of the season. ❄️⛸