It feels strange to admit that I’ve never been to Canada.  I’m sure that plenty, if not most, Americans haven’t crossed the northern border, but I’ve gone to so many other countries thousands of miles away that Canada never really crossed my mind.

However, my boyfriend, Burhan, and I needed a country for our tri-annual meetup, and I was pretty worn out with all the transatlantic flights.  After four months apart, Burhan and I met up again—this time joined by my mom and my grandmother!

Canada was the best option for us for a few reasons:

Ultimately, we had such a great time!  Being in Canada just seemed like being in a different version of America.  One with colorful, plastic money and where everyone has access to healthcare without going bankrupt.  We spent four days in Toronto and three in Montreal.  This trip was not as structured as my past trips, mainly because my biggest concern was seeing how Burhan and my family got along together. (Answer: Very well!)

Since my Berlin post was so lengthy, I’m going to focus more on pictures that capture the essence of the trip, as well as highlight the best part of each day.

Our first full day was spent at Niagara Falls.  It also happened to be my birthday! We rented a car for about $55 (USD) for the day, and it only takes around 2 hours to drive from Toronto to the falls. 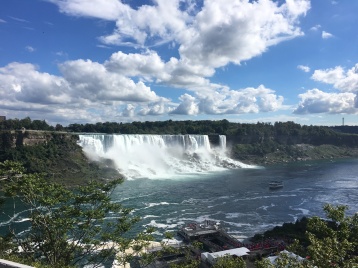 Looking over to Buffalo 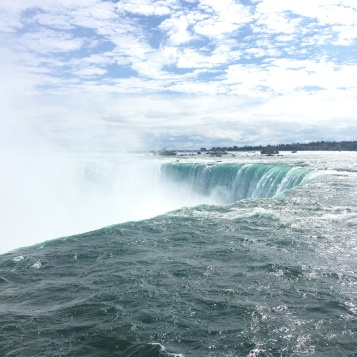 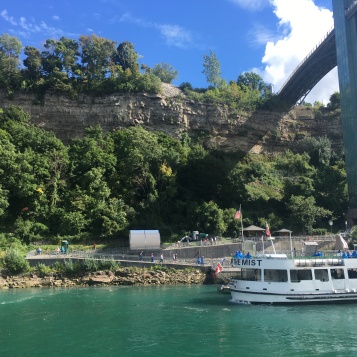 The closest Burhan has been to America… 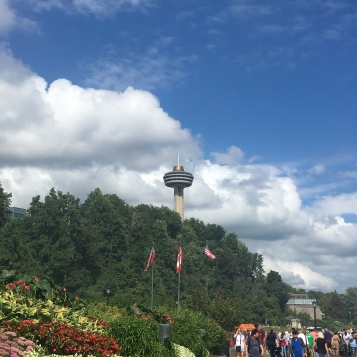 The best part of the day: Going into the falls with Burhan on the Hornblower cruise boat.

On the second day, we woke up super early to take a 6:40 a.m. train on ViaRail to Montreal.  The trip took five hours, but we slept and played cards to pass the time.  Our hotel was downtown, on the edge of Chinatown (yes, there’s a Chinatown in Montreal, and it was pretty impressive) and only 3 blocks away from the Notre Dame Basilica and Vieux (Old) Montreal.

There were little fish and everything!

The best part of the day:  Walking around Old Montreal at night and discovering the Rib Fest.  Who knew that Canada has a BBQ scene??

In the Place d’Armes

At the Old Port

On the third day, Sunday, we woke up early, got breakfast, and went on a walking tour guided by yours truly (but really from here).

Place Jacques-Cartier (the tower in the background is Nelson’s Column, to honor Admiral Horatio Nelson) 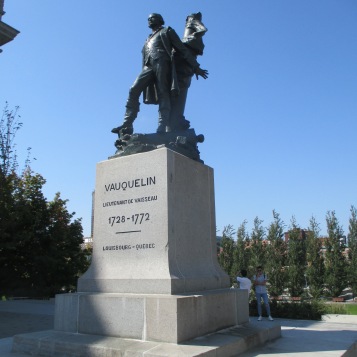 Outside the Chapelle de Notre-Dame-de-Bon-Secours

Bonsecours Market (used to be the main public market in Montreal)

The best part of the day:  Trying new foods at Schwartz’s Deli.  Opened in 1928, the restaurant is known for its smoked meat sandwiches with mustard on rye bread.  I’ve never eaten this kind of food before, so it was nice to try something different.  Everyone enjoyed it!

I loved all the street art!

On the fourth day, we decided to stop admiring the Notre Dame Basilica from the outside and finally went it.  Unlike the Notre Dame in Paris, this one charges an entrance fee, but it’s not expensive, and the ornate interior design makes it worthwhile.

I overheard a tour guide say that the designer, François Baillairgé, was inspired by the amazing Sainte-Chapelle in Paris.

The best part of the day:  Taking Burhan to get his first bubble tea and try boba. 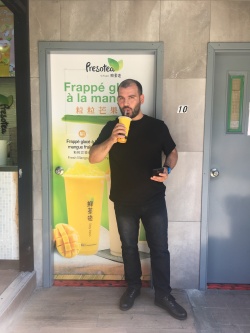 Afterwards, Burhan and I said goodbye to my mom and grandmother.  They headed back to Florida, and Burhan and I took the train back to Toronto.

On day five, I was so excited because Burhan turned 30 years old!  I’m still so happy that he wanted to spend the day with me.

The best part of the day:  Eating a decent (for North America) Turkish breakfast after searching high and low and going to two places beforehand.

Then we wandered around the University of Toronto, went to watch a soccer game and learned that it couldn’t be shown anywhere publicly in Canada, relaxed in our Airbnb, and had a great dinner of sushi and ice cream.

The sixth day was our last day in Canada, and it was sad to say goodbye.  My main goal was to find a grocery store and buy these maple cream cookies that I’m now obsessed with, and then head to the airport. 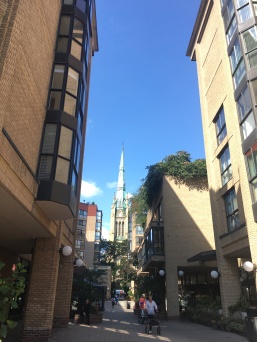 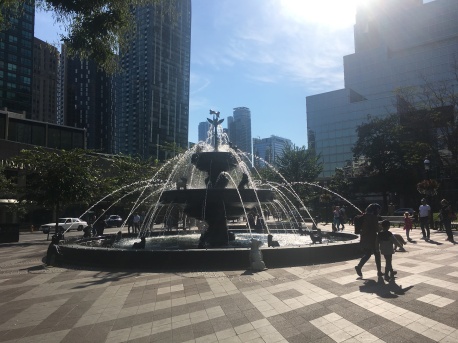 The best part of the day:  All of it was pretty good, but the worst part was saying goodbye to Burhan and going back to the long-distance grind.

Some last observations about my trip and Canada in general: